The Science of Cissus Quadrangularis

Cissus Quadrangularis is an ancient medicinal plant native to the hotter parts of Ceylon and India. Cissus Quadrangularis was prescribed in the ancient Ayurvedic texts as a general tonic and analgesic, with specific bone fracture healing properties. Modern research has shed light on Cissus’ ability to speed bone healing by showing it acts as a glucocorticoid antagonist (1,2).

Since anabolic/androgenic compounds are well known to act as antagonists to the glucocorticoid receptor as well as promote bone growth and fracture healing, it has been postulated that Cissus Quadrangularis possesses anabolic and/or androgenic properties (1,3). In addition to speeding the remodeling process of the healing bone, Cissus Quadrangularis also leads to a much faster increase in bone tensile strength. 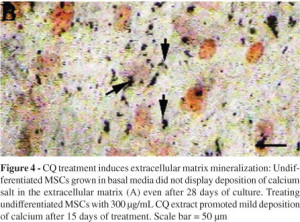 In clinical trials Cissus Quadrangularis has led to a fracture healing time on the order of 55 to 33 percent of that of controls. That cissus exerts antiglucocorticoid properties is suggested by a number of studies where bones were weakened by treatment with cortisol, and upon administration of Cissus Quadrangularis extract the cortisol induced weakening was halted, and the healing process begun.
While the increased rate of bone healing may be of great significance to persons suffering from chronic diseases like osteoporosis (4), the antiglucocorticoid properties of Cissus Quadrangularis are likely of much more interest to the average bodybuilder or athlete, since endogenous glucocorticoids, particularly cortisol, are not only catabolic to bone, but catabolize muscle tissue as well.

Numerous studies over the years have suggested that glucorticoids, including the body’s endogenous hormone cortisol activate pathways that degrade not only bone, but skeletal muscle tissue as well. A recently published report documented exactly how glucocorticoids (including cortisol) induce muscle breakdown: They activate the so-called ubiquitin-proteasome pathway of proteolysis (5). This pathway of tissue breakdown is important for removing damaged and non-functional proteins.

However, when it is overactive during periods of elevated cortisol (e.g disease states, stress, and over-training) excess amounts of normal tissue are broken down as well. By exerting an anabolic, antiglucorticoid effect Cissus Quadrangularis helps preserve muscle tissue during times of physical and emotional stress.

Although the bulk of the research on Cissus Quadrangularis centers around bone healing, the possibility exists that Cissus may act to improve bone healing it may improve the healing rate of connective tissue in general, including tendons. If this is the case it would be of great benefit to bodybuilders and athletes.

Besides the above-mentioned properties of Cissus Quadrangularis, the plant is also rich in the vitamins/antioxidants vitamin C and beta-carotene. As analyzed, Cissus quadrangularis contained ascorbic acid 479 mg, and carotene 267 units per 100g of freshly prepared paste in addition to calcium oxalate (6).

The typical recommended daily dosage of Cissus Quadrangularis is 1-2 grams to accelerate fracture healing. Safety studies in rats showed no toxic effects at dosages as high as 2000 mg/kg of body weight. So not only is Cissus efficacious, it is also quite safe, in either the dried powder form or the commercially available extract.

Cissus Quadrangularis also possess analgesic properties on a mg per mg basis comparable to aspirin or anti-inflammatory drugs like ibuprofen. Cissus quadrangularis, which has been proved to be highly effective in relieving pain, reduction of swelling and promoting the process of healing of the simple fractures as well as in curing the allied disorders associated with fractures (7). The mechanism through which Cissus Quadrangularis exerts its analgesic and anti-inflammatory properties has not been well characterized. It may act centrally, but the anti-inflammatory features suggest that it acts by preventing the conversion of arachidonic acid to inflammatory prostaglandins. Real World Application for injuries.

Simply if you’re suffering from joint pain, ligament pain, cartilage pain, had surgery on bone, ligament or cartilage, Cissus is the supplement to use. It has been my experience that many athletes take anti-inflammatory medications to fight through the pain. Ultimately, these medications only kill the sensation of pain not the symptom. Cissus has the ability to kill the pain specific to the injury while promoting healing.

Some users will get instant relief and other will need to use Cissus for much longer period of time for complete healing of an injury. Leverage performance science is not claiming that Cissus will work 100% percent of the time that would be a foolish claim. We have estimated that 85% of user experience relief from our product. This number may lower or rise as more consumers send in reports. In the PHARMACEUTICAL industry a 50% success rate is good. Since we’re talking about the Pharmaceutical industry, they have yet to produce a product that helps the healing process. They just develop pain medications that are often addicting.