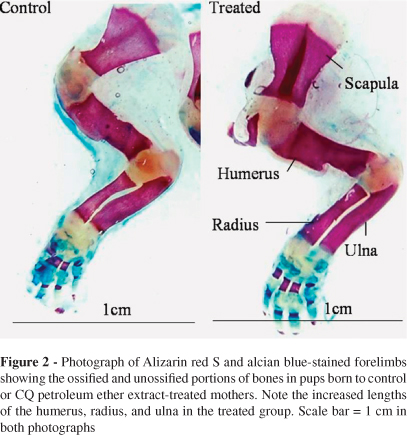 This study demonstrates that hormones affect development during sensitive periods of early life and permanently program the structure and physiology of the bone tissues.  A Phytochemical analysis of Cissus quadrangularis revealed a high content of ascorbic acid, carotene, phytosterol substances, and calcium.  Phytoestrogens, which are widely present in different plants in our environment, seem to have actions similar to estrogen on bone cells in vitro (in experiment environment). 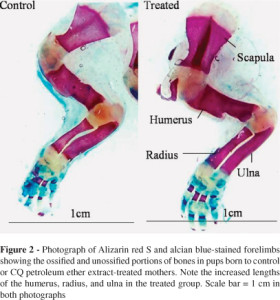 What does this prove about Cissus Quadrangularis?

This study strongly suggests that Cissus Quadrangularis has an effect on estrogen levels and may be healthy for pregnant adults to take.

This study and many similar to it have provided stronger evidence that cissus quadrangularis extract is a promising agent for treating intrauterine growth defects in the skeletal system.  Also that cissus has positive effects on bone growth and repair and many other overall health areas.

Cissus Quadrangularis is an ancient medicinal plant native to the hotter parts of Ceylon and India. Cissus Quadrangularis was prescribed in the ancient Ayurvedic texts as a general tonic and analgesic, with specific bone fracture healing properties. Modern research has shed light on Cissus’ ability to speed bone healing by showing it acts as a glucocorticoid antagonist.

In clinical trials Cissus Quadrangularis has led to a fracture healing time on the order of 55 to 33 percent of that of controls. That cissus exerts antiglucocorticoid properties is suggested by a number of studies where bones were weakened by treatment with cortisol, and upon administration of Cissus Quadrangularis extract the cortisol induced weakening was halted, and the healing process begun.

The Cissus Experts highly recommend taking Cissus Extract for a multitude of reasons.  Cissus extract can help improve overall health in people of all ages, weight, and athletic abilities.